REACH A YEAR’S WORTH OF CUSTOMERS IN FOUR DAYS

YugAgro is the only event of its kind held in Krasnodar, which is by far Russia’s chief agricultural region. As such, exhibitors can enjoy some amazing benefits by taking part:

Uncover a booming market – After banning imports of key foodstuffs from the EU, US, and other countries, the Russian government has turned to import substitution to fill supply gaps. Now, Russian farmers are producing more crops and grains than ever before – and now they have the cash to spend on upgrading equipment fleets. 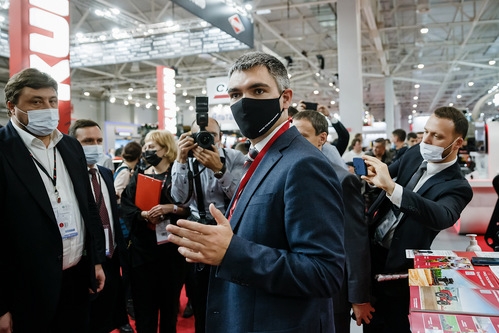 Help Russian farmers replacing ageing equipment – Fleets of crop farming machinery across Krasnodar and Russia are nearing the ends of their service lives or are already obsolete. Stores of important pieces of equipment, including tractors, harvesters, and ploughs, have halved – creating a golden opportunity for international manufacturers to enter Russia’s lucrative agribusiness market.

Between them, they represent $1.2 billion in import potential.

Experience Krasnodar – Krasnodar produces the bulk of Russia’s output. It’s home to over 800,000 farming operations and produces over 14 million tons of produce a year. The Ministry of Agriculture is allocating billions of dollars in loans to the region over the coming years, in order for farmers and businesses to modernise.

In order to get a slice of this spending, be at YugAgro